Tips On How To Have a Boy child

Are you among those parents who desire to have a baby boy? Then you must have search for interesting techniques that can help you identify the child’s gender before birth. Most of the times, parents who are blessed with female child/s, intend to have a baby boy afterwards. However, there are no trusted scientific conclusions on the specified techniques to have a baby boy, few legends determined certain positions and techniques. For the question, how to have a boy, those methods influence to have the chances really well assuming for fewer cases go on right ahead. You can definitely check How to Have a Baby for more details.

Tips On How To Have a Boy child

Female has ovaries and formation of eggs; the male reproductive system has testicles that produce sperms. Testosterone is the hormone that controls and maintains the level balance of sperm in the male body. During the time of sex, the male reproductive organ ejaculates thousand in numbers of sperms, wherein only one would penetrate the female egg, the semen.

With the male reproductive system, there are two different types of sperm of which one carries X chromosome and another one carries Y chromosome. And it is the type of the sperm that fertilizes with the egg defines the sex of the foetus. The chromosome X tends for baby girl and Y tends for the baby boy. In general, the Y chromosomes fall weak, small and faster than that of the X chromosomes. In which female chromosomes (X) seem to be very resilient with the ability of longer survival time period.

Postures that support for baby boy

As per Dr. Shettle’s method, a very deep penetration with no time for orgasm allows the boy chromosome to head start for right fertilization which will end up with a male foetus. Deep penetration helps boy chromosome to out-swim the girl sperm to find its egg. And so for this time, just pacify yourself with zero romance & orgasm for the boy sperms to be ejaculated at the point of the cervix. Appending below are few of the postures that help for deep penetration.

Stand Up: Sex by standing up leaves for deep penetration. There are some beliefs that boy sperms are given preference in this position specifically, as in when they swim faster to reach the egg. And to help both of you, either of the partners should lift the other one or could lean on the wall for support.

One above the other: On a general talk, this position is also being considered as a doggy style. This position touts by kneeling on four legs, with the partner at behind you by being ready for ejaculation. Just hold on yourself for some time with soft support by using pillows or with the raised platform.

Straddle: Make your partner lie or sit on the bed. Now be ready to straddle you’re he partner and lower down yourself on him or vice versa for best deep penetration. If the size of the penis becomes larger due to the romantic mood, and you feel any discomfort just try to finish the job as soon as possible. The concept is how to have a boy baby, not the mood as for now!

Calculate the cycle time period: Ovulation is the time period where the female gets ready by herself from 14 – 20 before her next menstrual period. And to have a baby, she should be in sex with her partner during that particular time period in which eggs will survive only for 12 – 24 hours and the sperms can survive up to 6 days in the female body. And so as per Shettles advice, by having sex on ‘yet to cycle time’ gives more chances for those who think on how to have a boy baby. And don’t have too many numbers of intercourse’s in which the lesser resilient male sperms may not be live longer, and finally, the female sperms will reach the egg resulting in the female foetus.

The secret of his underwear: As a common topic that all of you might be heard about, that the underwear works a lot in sperm production among the males. But somehow the study and survey conclude that men wearing boxers and/or boxer shorts are likely to become a father for a male child. The concept behind the boxers are that the scrotum will not become warm, and while penetrating deeply male sperms will be ejaculated.

Welcome female orgasm: Midwives tales say that female orgasm plays the big role in getting more chances for a male child. It is because of the secretion of alkaline during female orgasm which is getting released into the vaginal entrance, leaving survival temperature for male sperms. And so try to have a number of female orgasms before penetration and ejaculation.

Have a tablespoon of cough syrup: Women take a tablespoon of cough syrup before going into the deed of intercourse. But why! Experts say that the content of guaiphenesin present in the cough syrup have the ability to thin the mucus membranes of the cervix. It is to help the male swimmers to get through to reach the egg properly by out swimming the female ones. Actively, many women take cough syrup before getting into the action, for which to act as an over-the-counter remedy with the cervical mucus in order to get pregnant fast.

Have a sip of coffee: And this is for your man! Are you the mom who thinks of how to have a boy child? Just make your hero have a sip of aroma coffee, in which the caffeine present in the coffee will help those little male sperm heads to swim faster with little more extended survival period. 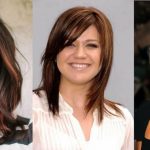 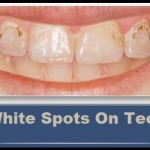 «Next Post 11 Wonderful Tips To Make Parenting Fun
Do You Know When to Feed Baby Food? Previous Post»