Modern science has discovered some surprising and interesting information about hormones, our bodies, and lactation. For example, did you know that newborns of both sexes can lactate? This is a surprising fact for many people. Neonatal milk, more commonly referred to as witch’s milk, occurs due to pre-birth endocrine exposure. There have even been some shocking medical cases men who’ve both lactated and breast fed. It’s an astonishing detail to many, that both males and females have similar mammary gland and nipple duct structures. Charles Darwin even speculated that early in human evolution, both sexes may have lactated and nursed their newborn infants. Lactation without pregnancy is more common than we realize.

The simple fact is lactation is more closely associated with our body’s hormonal changes than it is with just pregnancy alone. A woman’s progesterone and estrogen levels naturally increase during pregnancy. Then after labor these hormonal levels swiftly drop to a more normal amount within the body. Meanwhile, a new hormone called prolactin increases its levels within the new mother.

Nature biologically timed this to occur in the period after childbirth that is called postpartum. Postpartum milk production then starts up in the mammary glands. This is so the newly born infant can start nursing as soon as possible. As long as a woman’s mammary glands are functional, lactation without pregnancy can occur. This is true even for those women who have never been pregnant or have had a hysterectomy. Many of us don’t realize that the presence of the uterus and ovaries isn’t required for lactation. Lactation only requires one thing— healthy functional breasts.
Prolactin is the hormone that is ultimately responsible for inducing lactation within the breasts. The human brain receives chemical signals from prolactin, which cause it to stimulate the mammary glands to start milk production. This is part of the natural cycle of rearing children within the human family. In other words, lactation is closely related to pregnancy, but is stimulated by its own hormone– prolactin. Which means lactation can and does occur routinely outside of pregnancy. This can be a surprising experience for many women, who are 100% certain they aren’t with child. However there is no cause for any serious alarm. Lactation in-and-of itself is benign. In fact, it can happen to any woman of childbearing age. Cases of lactation without pregnancy are known to regularly occur in women between the ages of 16-to-35 years of age.

There are a number of standard causes of non-pregnancy related lactation. First, there are routine and normal fluctuations of hormonal levels. Every human beings hormone levels can dramatically rise or drop. Lactation without pregnancy can sometimes be your body’s reaction to an unusual hormonal event. As discussed earlier, Dizziness During Pregnancy, the hormone responsible for lactation is called prolactin. Prolactin levels can be stimulated by other things outside of childbirth. Stress, prescription medicines, and continuous stimulation of the breasts can all kick start the production of prolactin.

If you do experience lactation without pregnancy, it is always good to check with a trained medical professional. He or she can perform the proper examinations and tests in order to determine your general state-of-health. However, in most cases lactation without of pregnancy is just a harmless function of the body.

Of course there can be more serious reasons for lactation without pregnancy. An unnoticed miscarriage can also arouse hormonal changes within the body. It’s entirely possible for a woman to miscarry without knowing it. This undetected miscarriage could be perceived as an exceptionally heavy and painful monthly period. In cases such as this, most women may not even have realized they were pregnant in the first place. If you believe you may have experienced such an unnoticed miscarriage, please consult your doctor as quickly as possible.

Click here for information on early symptoms of pregnancy

Regular stimulation of the breast and nipples can also encourage lactation. The stimulation must closely resemble the suckling activity of a newborn infant’s mouth upon the breast. When the breast and nipples are regularly suckled, the brain responds by signaling the body to start milk production in earnest. Research indicates that stimulation of the nipples for at least 20 minutes, 8 to 10 times a day can induce lactation within just three weeks’ time. In some cultures, women who are pregnant will purposefully introduce lactation in order to serve as wet nurses. This is a normal and a natural survival mechanism within the human species.

Human mammary glands are controlled and stimulated by hormones and the brain. When the brain receives signals that the nipples and breasts are being stimulated, it responds by sending electrical signals to trigger the production of milk. This means the breast will continue to make milk for as long as the brain sends the signal to do so. Lactation without pregnancy could begin, if the brain perceives stimulation and the need for milk production.

Certain herbs are also known to speed up milk production or induce lactation in humans. This can occur even without pregnancy. Goats Rue, Fenugreek, Aniseed, Cumin, and Fennel Seed are herbs that can produce increased lactation effects. If you are using these herbs, it is very important only to take them within the recommended dosage. Please consult with a competent herbalist or trained physician before ingesting large amounts of these herbs.
Modern medicine also utilizes certain prescription drugs to cause lactation or increase milk production. Sulpiride and Domperidone are commonly used lactation inducing medications. These drugs work by blocking certain hormones in your body, while raising the prolactin levels. As we’ve already learned, increased prolactin production results in lactation. Usually these drugs are recommended when a mother isn’t producing enough milk to breast-feed.

As you can see lactation is a normal part of the human experience. Lactation without pregnancy is also included in this spectrum. In general, there usually isn’t a need for alarm if lactation occurs outside of the norm of pregnancy. As with any medical concern, it is always wise to see your doctor or trained health professional if you notice unusual changes in your body. Lactation without pregnancy should never cause panic. 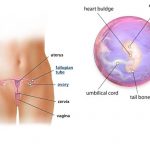 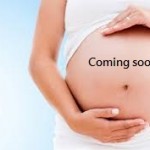 How to Get Pregnant ?