How Long Does Ovulation Last ?

Women are complex creatures and the physiological processes going on in their bodies may be mysterious even to them. One such process is called ovulation. While almost every woman has heard the word ovulation, many still do not know what it means. If they do, they have no idea of how it happens and the importance of knowing about it.

Well, if you are one such person then there is no need to worry because you will find this out very soon. Here, we will address the most important questions that most women ask every now and them: how long does ovulation last? You will get the best answer after you learn the entire ovulation cycle and how it affects your reproductive life of a woman.

Click here to know about When Do I Ovulate ?

Medically, ovulation is defined as the part of a woman’s reproductive cycle in which a fully developed ovarian follicle expels a female gamete or ovum (also known as oocyte). It is believed to occur mid-cycle, meaning that if your menstrual cycle comes regularly for 28 days, you can expect ovulation to occur somewhere on the fourteenth day. It may be difficult to tell in people with irregular cycles.

The discharged egg then travels through the fallopian tube to position itself for fertilization. If sperms are introduced through the introitus then it meets the egg and fertilization takes place. If this does not happen, the egg is disintegrated and another cycle begins. Typically, the entire reproductive cycle of a woman lasts 28 to 32 days. However, it may be as short as 21 days or as long as 36 days yet still regular.

Typically, ovulation lasts for only 2-3 days. In other words, the egg will remain viable for approximately 24-72 hours. For a woman, ovulation is the time she is most fertile and pregnancy would most probably occur if normal sperms were introduced. For those trying to get pregnant, this is the time to try but several other factors also contribute to the likelihood of a woman getting pregnant.

According to experts in reproduction, the fertility period may be extended to 5-6 days. This is because; sperms too can remain viable in a woman’s reproductive system for about 72 hours. It therefore means that, if the sperms are deposited two to three day before the actual ovulation day, the ovum released can find the sperm already in tubes and are fertilized. However, this time should not be taken into consideration because it is very unpredictable.

How to Recognize Ovulation?

First, it is important to understand that not all women can tell that they are ovulating but with keenness and care, they can recognize it. It is also necessary to know that some periods may go without ovulation ever occurring. This can be because of many issues including stress, diet and endocrine disorders causing hormonal imbalances.

Several changes occurring in your body can serve as signal that ovulation is just about to happen. The common signs include:

Changes in the anatomical position and properties of the cervix: A woman may notice that her cervix is becoming high, soft, wet and open. These are easily noticeable for keen women.

Changes in the basal temperature of the body: This is the most consistent sign of ovulation. A few days preceding ovulation, the basal body temperature plummets a little but then sharply increases on the day of ovulation until the egg is fertilized or disintegrated.

Secondary changes: These may include some slight or mild cramping on one side of pelvis, tenderness of the breasts, bloating, increased libido or sexual desires, light spotting and heightened senses (taste, smell and vision).

There are several reasons why every woman needs to know ovulation and how long it lasts. The topmost is for pregnancy reasons. Most couples who have longed to have children fail to achieve their dreams. Such couples may not have problems with fertility but timing. In answering the question, how long does ovulation last; we believe couples have some idea on how they can properly time ovulation and therefore increase their chances of getting a baby. 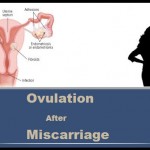