Miscarriage is a very disturbing occurrence in women. It is physically and emotionally disturbing to have a miscarriage especially if it involves the first child. However, life must go on even after this perturbing and tormenting stage in a woman’s life. The best way to get over it is by getting ready for another pregnancy by conceiving again. The uphill task is reaching ovulation after miscarriage because the cycle ought to regulate for a woman to get pregnant again.
According to researches and statistics conducted, fertility can be improved after the tragedy of miscarriage. Scientific evidence has consistently proved that women are more fertile few months after the miscarriage after which it will return to be normal.

Miscarriages occur due to different reasons. Nevertheless, most of them occur during the early stages of the pregnancy. The loss of a pregnancy within the first 12 weeks is mainly caused by chromosomal abnormalities. The situation can also be caused by health problems that relate to the reproductive system of a woman. Experts have proved that one miscarriage is not an automatic indication that there will be future miscarriages. Most of the women who have lost their pregnancy have over 85% chances of carrying another pregnancy. This is a clear indication that there is no increased risk even after the loss of a pregnancy. The risk only increases in women who are over the age of 35 years and have experienced more than one miscarriage in their life

Professionals in the medical field have confirmed that women experience increased fertility right after the loss of a pregnancy. Nonetheless, the fertility is not increased for a long period because it usually returns to normal fertility level within six weeks after the miscarriage. After this period, ovulation after miscarriage will normalize and function just like a healthy woman. After the cycle has normalized, the body is ready to carry another pregnancy. However, this should only be subject to a doctor’s examination of the medical history of the woman and the current health status. It is a critical process that is meant to determine whether the body is completely healed and can carry another baby. While others may take only six weeks to be ready for another pregnancy, there are women who may need up to six months for the body to be physically ready for another pregnancy. Apart from the physically readiness, couples are equally advised to evaluate their feeling of loss, emotional health, the guilt and general sadness that follows this disturbing stage.

Ovulation test after miscarriage can be inaccurate especially for the first 2 weeks. This is largely attributed to the fluctuation of the hormone levels in the woman’s body. In most cases, women get false positives while there are unlikely to be cases of false negatives. The hormonal system will resume normal functioning 2 weeks after the miscarriage. Ovulation may take place in the first 4 weeks and the test results tend to be more accurate as more weeks pass after the loss of the pregnancy pass.

The following are ways to speed up ovulation after miscarriage and increase the fertility:-
• Putting a complete halt to all the unhealthy habits will definitely enhance the chances of becoming pregnant again. Activities such as smoking and drug abuse should be stopped. It has been proved beyond reasonable doubt that excessive consumption of drugs, alcohol and caffeine is unfavorable to the conception process.
• Eliminating stress is also helpful. Having a successful pregnancy needs a relaxed mind that is stress free.
• Importantly, eating healthy is a plausible strategy. Miscarriage often leads to depression and this is the item when a woman’s diet will be affected. It consequently leads to loss of appetite. Rightly so, paying attention to the diet and more healthy foods is important.

How to calculate ovulation after miscarriage?

The first step is to mark the regular menstrual cycle on the calendar. There are times when women bleed regularly and this makes it difficult to mark a specific day. If this is the case, one can circle every day that the bleeding is experienced until the cycle normalizes again. After achieving an accurate cycle, it will be possible to know the next ovulation period. Cycles usually return to normal but this is largely affected by the circumstances that led to the miscarriage or if there were any complications. It is also advisable to monitor the body temperature each morning using a small thermometer. However, the use of basal body temperature may not be accurate especially if there is a fever or any infection. Cervical mucous looks can also be used to calculate ovulation. This mucous goes in line with the woman’s normal menstrual cycle. After receiving the regular periods, the mucous can be a good signal to notify you of your ovulation after miscarriage. Mucous that is watery, clear and stretchy can help women to know if they are ready to conceive again. It is a type of fertile mucous that comes during the ovulation period. Another way of determining the ovulation after miscarriage is by seeing a qualified doctor to check the pregnancy hormone (HCG) level. Unless the HCG levels of these hormones zero out completely, the cycle will not be able to normalize. The hormone levels can return to normal two weeks after the miscarriage but this can take even longer.
On an important note, it is important to know that bleeding regularly after a miscarriage is not an indication that ovulation is occurring. Moreover, women are also advised not to rely on the menstrual periods to detect ovulation after miscarriage.
Miscarriage is a very emotionally upsetting situation that can affect the life of a woman if it is not handled properly.

Apart from the emotional loss, it also affects the hormonal system of the woman. A shift in hormones definitely affects even the most regular ovulation or menstrual cycles. Rightly so, women should not expect their cycles to return to normal soon after having a miscarriage. There are women who may experience quick normalization of the cycles and the body immediately. The cycles may stabilize fast while other women experience a hard time with the cycles taking a long time to stabilize.

Getting Pregnant after Miscarriage 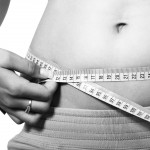 How Long Does Ovulation Last ?