Home » Teenagers » You are reading »

Signs of depression in teens that go unnoticed!

Most parents have a habit of associating depression to mood swings and bad mood, which results in failure of identifying the signs of depression in teens. Fault, big big fault. In reality, depression is a much more severe and serious issue than the mere mood swings. A bad mood may lead to crying, not having a meal or two, whereas depression can get your teenage child into drugs, alcohol, smoking or other bad habits that can end up ruining their lives. In the worst of cases, teenagers even take the disastrous step of taking their own lives as they seize to believe that they’ll ever come out of their sorrow. Therefore, depression needs to be dealt with immediately and very carefully, but in order to be dealt with, it needs to be identified first. Depression is not something that you can infer instantly in a teenager but every problem comes with signs and symptoms. Same goes for depression. Now let us take a look at what are the usual signs of depression that go unnoticed by parents. Before that, we must know what the possible reasons behind depression are.

Click here to know How To Deal With Teenagers?

1) Death or loss of a loved one: Nothing feels worse than losing a beloved to death or otherwise and in majority of the cases, it is the reason behind triggering depression inside someone.

2) Genetically triggered: Yes, even something like depression can be passed down to you genetically.

3) Personal fights and issues: Depression can be caused also when a person is having fights or conflicts with friends or family regarding any matter.

4) Abuse of all kind: Abuse includes sexual, physical, verbal and emotional abuse. Some events including such incidents can have a very big impact on a teenager and that ends up resulting in depression of all sorts.

6) Can be due to substance abuse: Substance abuse can, in more than a few cases, be the reason behind depression which is exactly why parents need to be extra careful with what their children do.

Click here to know The Importance Of Schools For Troubled Teens

What are the signs of depression in teens?

With all the signs of depression at your disposal, be more aware than ever about it as it’s not something to be taken likely. Your children need you, be there for them!

How to Make Money As a Teenager! 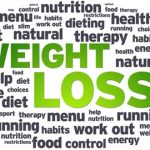 Tips on how to lose weight for teens!

«Next Post Tips on how to lose weight for teens!
When Do Babies Start Eating Baby Food? Previous Post»