Babies are known to have many peculiar habits which are bound to confuse new parents. In fact, some parents even start to think that there is something wrong with their baby. One of the many peculiar conditions that a baby has is the habit of spitting, and the first question that pops up in the mind of new parents, namely new mothers is this: why does my baby spit up so much? Well, the answer to this question is pretty simple, however, there are some conditions that can also cause excessive spitting in the baby. Let us find out the various reasons why babies spit so much.

Why does my baby spit up so much?

The common reason why does my baby spit up so much is because of feeding. For a newborn infant, the habit of feeding is completely new because so far, it is used to getting fed through the umbilical cord inside the mother’s belly. So when the child finally has to get fed out in the open, it is often unable to swallow the food, that is, the breast milk or baby formula, because of the air mixed in it, and hence, ends up spitting it up. As the baby starts to get the hang of feeding, the spitting also eventually stops. The prime age at which babies spit up the most is at the tender age of 4 months. At this age, the action of spitting in the child is also known as reflux.

What to do when baby spits up

When babies spit up so much, there are certain things that their parents can do to ease them and help them swallow their food without problem. The primary aim is to allow the breast milk or formula to pass through the food pipe without a problem, in a straight line, with no formation of air bubbles in the passage. As long as this criterion is fulfilled, the baby won’t have a problem swallowing the food without spitting.

To ensure that this happens, the baby has to be fed in an upright position, that is, do not feed your baby when he/she is sitting in a slouched position or is curled up in your arm. Do not try to feed them in a moving car either as this might cause more air bubbles to form, causing more spitting. It is also important for the baby to concentrate on the feeding itself because the more distracted the baby is, the more his/her chances of spitting the food up, or even vomiting. Also, make sure that the nozzle in the nipple of the bottle with which you are feeding your baby formula is just the right size. If the hole in the nipple is too large, your child might gag whereas if it is too small, your child will probably inhale air.

An effective way to make sure that your baby doesn’t spit up the food is rubbing their back while feeding them. This reduces the chances of there being air bubbles in the food pipe. You should also try to make them burp during feeding. Take a break from feeding from time to time try to make them burp. If there is any air trapped in the food or the food passage, burping will release the air naturally without causing the food to come up with it.

Why does my baby spit up so much also has a lot to do their clothing. If their clothing is tight around the tummy area, they are more likely to spit up than if they wear loose clothes. In fact, any kind of pressure on the stomach is bad for the baby as it can cause vomiting or even choking in the baby. You should try not to over feed him/her. Babies have a way of letting you know when they are hungry, so you need not worry about that at all.

Spitting up hardly ever causes any kind of problem in the baby, however, some babies tend to spit up so much food that they actually start losing body weight. You should definitely them to the pediatrician if that happens. You should also check for breathing problems in the baby while feeding them, and if your baby starts to shoot the vomit out of their mouth, take them to the doctor immediately as this can be due to a medical condition called pyloric stenosis. Also, consult the doctor if your baby’s spit appears to be greenish in color, which could be due to intestinal problems.

Difference between spitting and vomiting

Some parents find it hard to tell between spitting and vomiting. Vomit is usually more in quantity and thicker than spit. Also, vomiting is more forceful than spitting, which is more of an act of giving up the latest meal. Also, the baby’s expressions tell a lot about whether he is spitting or vomiting. If the baby is fazed or distressed, you can assume that the baby is vomiting, because spitting up usually do not cause any kind of problem in the baby.

At what age does a baby stop spitting?

Babies stop spitting up as their muscles start developing and getting stronger. For most babies, the spitting stops when they are able to sit on their own, which is usually around the age of 6 to 7 months. However, some babies have trouble in muscle growth, and hence, they continue to spit up food even after 7 months, usually till they are one year old. If your baby continues to spit up food even after their first birthday, you should consult the pediatrician.

This helps you know the right answer to the question- why does my baby spit up so much? 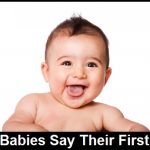 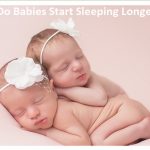 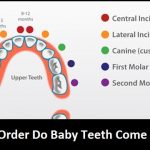